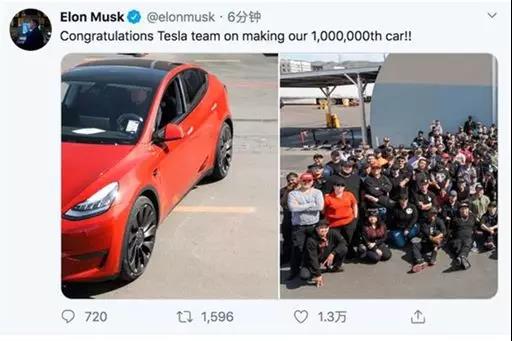 The beginning of 2020 is unfavorable. As a green and a little red, the moving spring of new energy is hard to come out.
In 2011, Joe Gang died, and cook led apple to quadruple the market value of apple in eight years.

In June 2019, Tesla's share price once fell to $180 a share, but musk doubled Tesla's market value in just eight months. After all, the value of a car is much more expensive than a mobile phone.

The soaring stock price has triggered a long and short super war of words, but the formation of a super track has become an industry consensus. The apple of the automotive industry is accelerating, and the stage of the new energy era has also played.

Part 1. Chinese car making forces
At the end of 2010, when consumers lined up outside the apple store in the cold wind for an iPhone 4, Chinese manufacturers began to run into the strongest outlet of the year.

The following year, in Beijing, Xiaomi launched its first mobile phone for fever. In the south, oppo, which specializes in DVD, launched the first smartphone find x903 equipped with Android platform, and invited international star Leonardo to shoot an advertisement comparable to a movie trailer. Yu Chengdong, a middle-aged man, also received a task in the same year: to get Huawei's mobile phone business up.

This year, the streets are discussing whether Tesla's model 3 can be lowered a little more. But a scene similar to that of 10 years ago is being staged on Chinese manufacturers.

BYD plans to launch a new flagship electric vehicle Han Series in 2020. In addition, the new technology blade battery has also attracted enough attention.
On February 25, Hefei announced that the China headquarters of Weilai automobile, a new force in car manufacturing, will be located locally, and the project is planned to raise 14.5 billion yuan. Weima, who followed closely, vowed to be the first profitable new force. Xiaopeng intensively released three new models to compete for the market.
Just like domestic Xiaomi, OV, Huawei and old giant Samsung, those who learn from Apple recognize Tesla electrification and start transformation one after another, as well as traditional big Mac.
From the perspective of the layout of new energy of the world's top ten mainstream automobile enterprises, 2020 is also a turning point to focus on mass production. Fuel giants have increased their bets and intensified their transformation.
BMW's pure electric ix3 will be put into operation in Shenyang, China in 2020. It is required to provide 25 electric models to the market by 2023.

Toyota and FAW will invest US $1.2 billion to build a plant in Tianjin, with a production capacity of 200000 electric vehicles per year.
The first phase of Volkswagen's battery plant with a capacity of 16 gigawatt hours in Europe will start construction in 2020.

After the war broke out, the east wind of the policy lit the fire even more vigorously!

At the same time, there are constant rumors of good news in the market. Some media broke out that the relevant parts of the state are stepping up research and Discussion on the relevant supporting policies for the new energy industry.

The global electric transformation is the general trend. If you look at the trend, you won't tangle with the short-term epidemic black swan.

When the tide of a new industry rises, the manufacturers who stand at the head of the tide and attract attention are often those who face consumers at the end, but what surges below is the power of the supply chain.

Apple has ushered in a new era of smart phones, but it is not enough to rely on the designers in Silicon Valley alone. It also needs the efforts of hundreds of millions of industrial workers and thousands of resident engineers in the supply chain to make the products landing.

Only when the glass cover provided by Lansi technology, the high-definition camera assembled by ofI light and the three-dimensional loudspeaker supplied by goer acoustics are ready, can an Apple phone be smoothly handed over to consumers.

They are ready for this moment.

Suppliers have a long history of flirting with Tesla. Xusheng Co., Ltd. cooperated with Tesla in 2013. Junsheng electronics has supplied more than 200000 batteries and circuit protection systems to Tesla by 2020.

With the downline of domestic Tesla, the expansion speed of Tesla's circle of friends in China has increased rapidly. 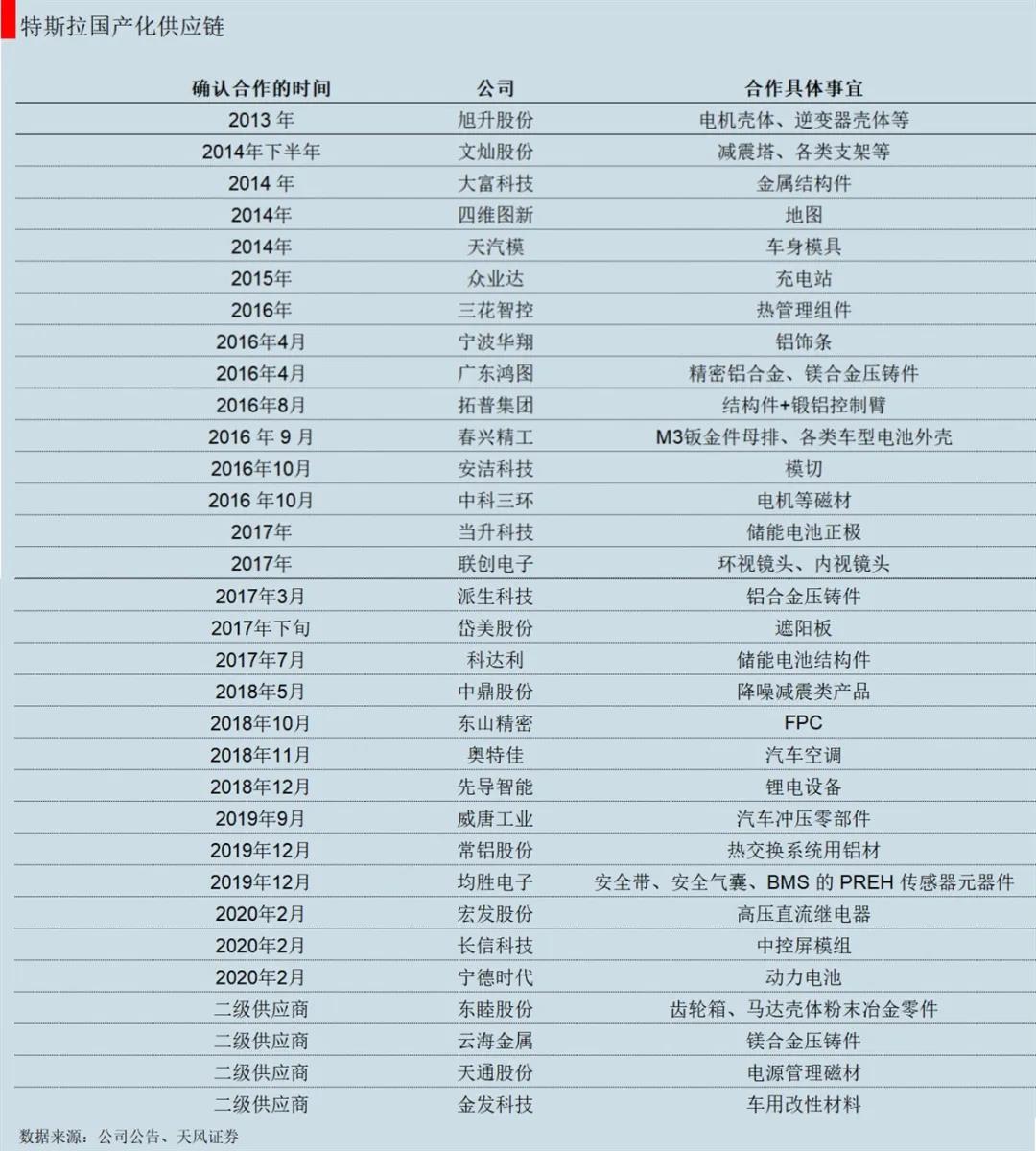 In 2019, the installed capacity of Sanyuan and iron lithium batteries of Ningde times ranked first

On February 3, Ningde Times announced that it plans to sign a contract with Tesla to supply power battery products, officially becoming its third battery supplier after Panasonic and LG chemistry. The supply period is from July 1, 2020 to June 30, 2022. After that, Ningde times now has several trading limits 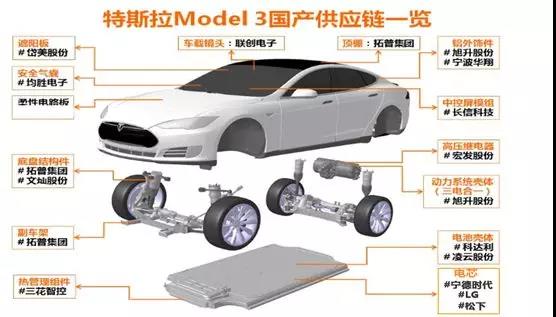 It can be said that Tesla industrial chain will become a hot investment main line throughout 2020. With the rapid growth of the industry, the profits of leading enterprises will expand with the boom.

However, unlike the situation of "foreigners eat meat and we drink soup" in the era of Apple industrial chain, we grabbed the commanding height at the beginning of this time!

Although in the apple era, China established a huge supply chain that attracted the attention of the world and produced more than 70% of mobile phones, it is a pity that we failed to get stuck on the core chip.

Xiaomi and ov can easily assemble a powerful intelligent machine, but they have to wait in line for the supply of a new generation of Gaotong Xiaolong chips. Even if Huawei catches up in the field of processors, Samsung will still steal large profits from memory chips.

The heart of consumer electronics has always been the face of Europe and America, dominated by Britain and the United States (led by arm, Qualcomm, etc.), and when it comes to the new energy track, China, Japan and South Korea have completely replaced the British and American system and become the first echelon.
The first step is to move towards the core.

The core of electric vehicle is three electricity (battery, motor and electric control), among which the battery is the most important. At this time, we have to mention the Ningde era, the shoulder of domestic batteries. The weight of this rising power fully confirms that sentence:

Opportunities are reserved for those who are ready。

In fact, Ningde era is not only the king of the supply chain in the new energy era, but also an invisible champion in the apple era. The founding team of Ningde era once founded the famous ATL (New Energy Technology) in the industry. It is the core supplier of Apple lithium battery, which not only solves the battery life problem of Apple mobile phone, but also becomes a real wireless intelligent mobile terminal.

From ATL to Ningde era, from apple to new energy, the kings of the two times have solved two core problems and pried the starting point of the take-off of the two major industrial cycles. 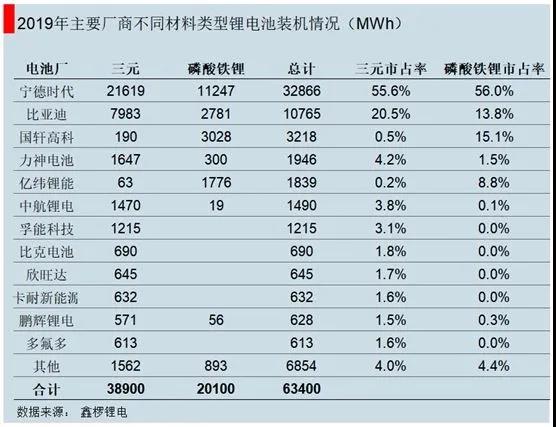 In 2019, the installed capacity of Sanyuan and iron lithium batteries of Ningde times ranked first

As the main force of the global power battery market, China has developed the most rapidly. In 2015, it overtook Japan to become the world's largest power battery producer.

Not only a large quantity, but also good goods.

From the technical path, the square in Ningde era and the soft package of LG chemistry are the mainstream development direction of the industry, while Panasonic's cylindrical route is relatively small. Tesla, who has always been fond of cylindrical batteries, has also joined hands with Ningde era.第二步，大哥

We should not only be early, but also be stable.

The global new energy industry is on the eve of great changes. The hard won leading position of China's independent brand must not be taken away again. Therefore, the new leading brothers have once again made a good demonstration, with hard enough technology and enough food and grass.
According to industry observation, Ningde times has reserved a number of black technologies. For example, in terms of battery life, the company has developed an advanced zero attenuation battery, which can achieve zero attenuation within 1500 cycles. This is a milestone long-life battery.
In addition, Ningde Times announced a 20 billion private placement plan on the evening of February 26, adding a total of 52gwh of battery capacity. At the same time, it accelerated the research and development of energy storage battery projects, competed with iron man, and made great strides in the field of energy storage.